Our Destination Expert will be happy to help you resolve your queries for this trek/expedition. 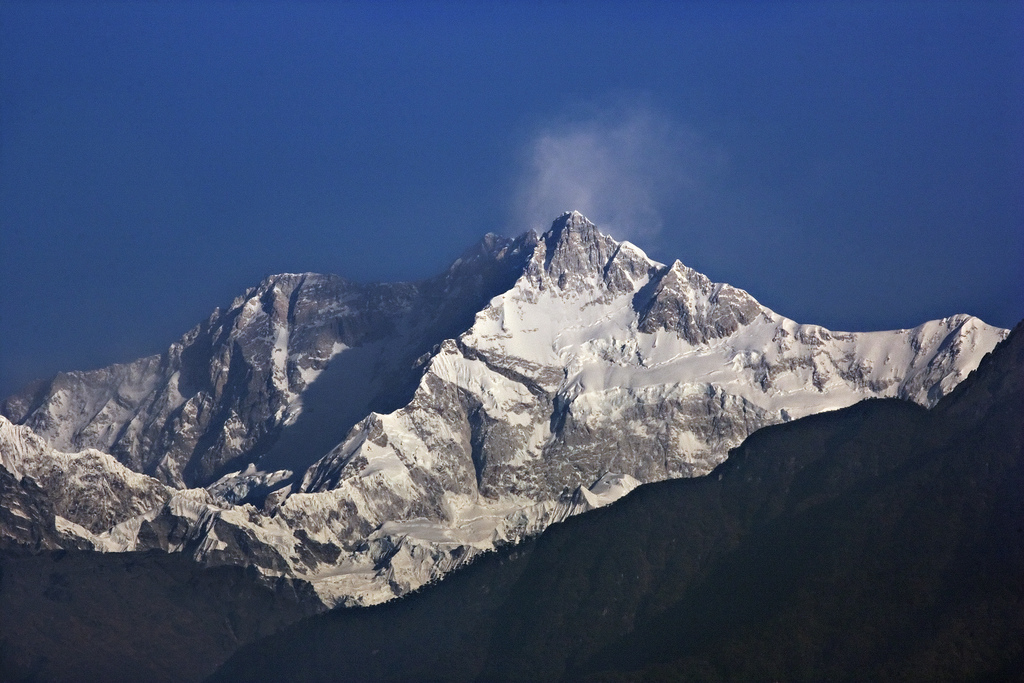 Kanchenjunga Expedition is one of Nepal’s and the world’s most arduous expedition peaks. After Mt. Everest and Mt. K2, Kanchenjunga is the world’s third tallest mountain. It’s a large mountain range with a slew of outlying peaks branching out from its glacier ridges. It is 46 miles north of Darjeeling and close to the Nepal-Sikkim border. The Kanchenjunga Expedition allows visitors to experience a broad range of alpine vegetation, abundant wildlife, and breathtaking sceneries that are strewn across the trail. In 1956, a British team led the first Kanchenjunga Climbing Expedition and became the first to conquer the peak.

Kanchenjunga main, Kanchenjunga Central, Yalung Kang, Kanchenjunga South, and Kangbachen are the five summits of Mount Kanchenjunga. The summit is managed by the World Wildlife Fund and the Nepal government as part of the ‘Kanchenjunga Conservation Area’ initiative. The Kanchenjunga Conservation Area spans 2,035 square kilometers and has abundant vegetation types, ranging from farmlands to forested hills. The Park protects some of the world’s most threatened species, Himalayan wildlife, birds, and vegetation. A British botanist was the first foreigner to visit the Kanchenjunga Climbing Expedition twice in 1848 and 1849. Until 1899, British explorers surveyed and photographed the peak’s Skim side. In British India, exploration began in Darjeeling, largely from the Sikkim side.

German teams tried reaching the summit on multiple occasions, including in 1929, 1930, and 1931, but all failed. When the Sikkim gate was closed, the Nepal entrance continued to operate, and a party led by Dr Charl Evans attempted to summit the peak through the Yalung Glacier in 1955. The Kanchenjunga Climbing Expedition was later taken up by the Japanese, who staged trips in 1967, 1973, and 1974. In 1975, they were successful. A German expedition ascended Yalung Kang in 1975, while an Indian army team scored Kanchenjunga’s main peak for the second attempt in 1977. In 1956, a British team became the first to successfully conquer it.

The journey to Kanchenjunga begins with a flight from Biratnagar to Suketar. It also passes through settlements and woods on its way to Kanchenjunga Base Camp. The first camp is located at an altitude of around 6000 m, while the second camp is located at an elevation of 6800 m.   During the Kanchenjunga ascent, it is necessary to stay a night or two in the base camp before returning to the base camp. It is notable for making appropriate adaptations while establishing the third and fourth camps at 7300 and 7800 meters, respectively.

The North Face route is the safest, if not the most practical pathway. At 5,180 meters, the climb to Kanchenjunga begins in a magnificent base camp in the Panorama fields. The first mission is to construct lines up 900 meters of difficult rocky climbing to the North col. Once you’ve built a connection to and from the North Col, you may begin the arduous process of forming three camps up the difficult and long North ridge. With the assistance of Sherpas and oxygen, you can gradually climb higher up the mountain. This is a fantastic climb for competent climbers.

The optimal time to go on a Kanchenjunga trip is during the spring season (March to late May). The atmosphere is lovely, and Rhododendrons are blooming all over the Kanchenjunga trail, contributing to the trek’s lovely ambiance. Since there are no snowstorms or rainfall in the Kanchenjunga region, the trail route is ideal for hiking. Anyone with a reasonable level of fitness can participate in the journey and make it a once-in-a-lifetime experience. 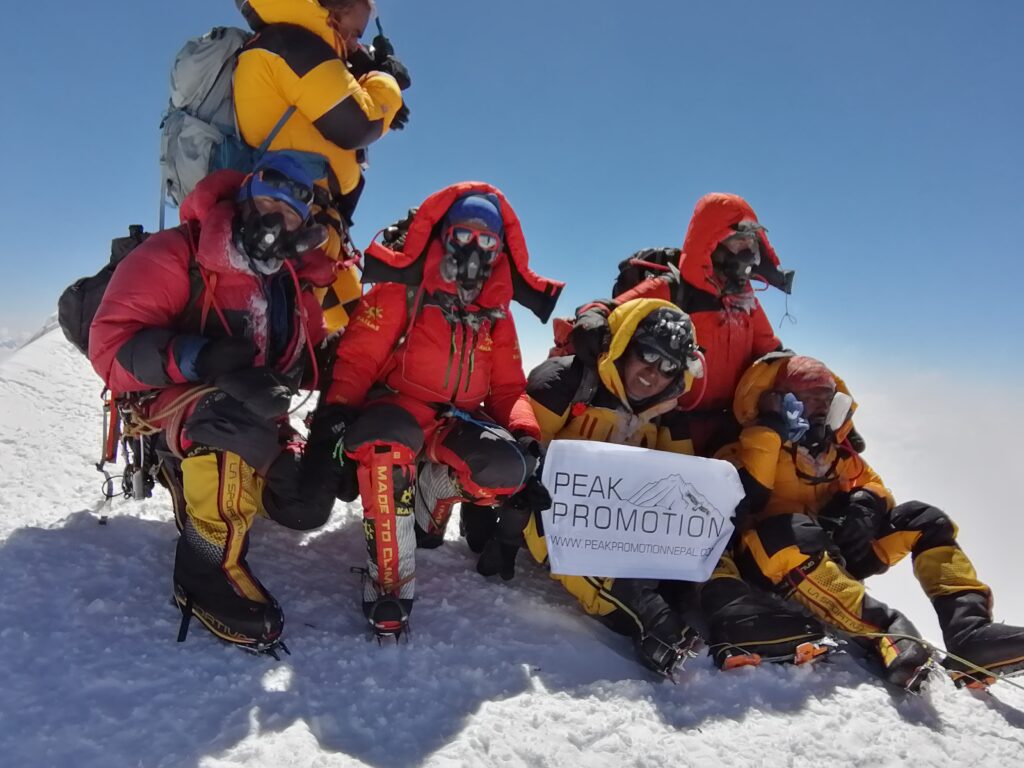 Exploring one of Nepal’s most remote places is an adventure in and of itself. The Kanchenjunga expedition takes you to Nepal’s eastern border, where you will travel through unspoilt and secluded sections of the Arun valley. The journey to the base camp passes through the Kanchenjunga Conservation Area, one of Nepal’s most beautiful regions. If you enjoy technical climbing and are looking for a thrilling adventure, this is the journey for you. Achieving the peak of the world’s third tallest mountain after arduous climbs and days of walking is an accomplishment within itself.

How difficult is Kanchenjunga to climb?

Since Kanchenjunga necessitates technical climbing, ascending through the hills can be difficult. This trek is suitable for anyone with a reasonable degree of fitness. However, it is strongly recommended that you receive good training and follow an exact schedule. Cardio, muscle strengthening, and severe hill climbing are examples of high-intensity exercises that can be incorporated into the fitness plan. Because acute mountain sickness is common in these areas, the porters carry an oxygen cylinder to utilize at higher heights. Climbing up a steep icy terrain can be physically hard, especially at such a high altitude. As a result, it is recommended that you be emotionally and physically prepared before embarking on this journey.

The Kanchenjunga trip will appeal to experienced technical climbers. The views from the Kanchenjunga base camp, which overlooks the glacier, are stunning. The most challenging section is a 500-meter climb on a combination of ice and rock to the South Col, where your ascending Sherpas expert will establish ropes for your safety. Because you must be prepared for the danger of falling ice or an avalanche, climbing Kanchenjunga is challenging. Aside from the climatic dangers, the atmosphere at such high altitudes is extremely thin, making the climb considerably more difficult. Kanchenjunga’s ascent begins with severe mixed climbing and ends with one of the world’s longest flat climbs, making it an incredibly difficult peak. This climb necessitates well-planned logistics and dependable assistance. It’s vital to have a solid, professional support system in such trying conditions. 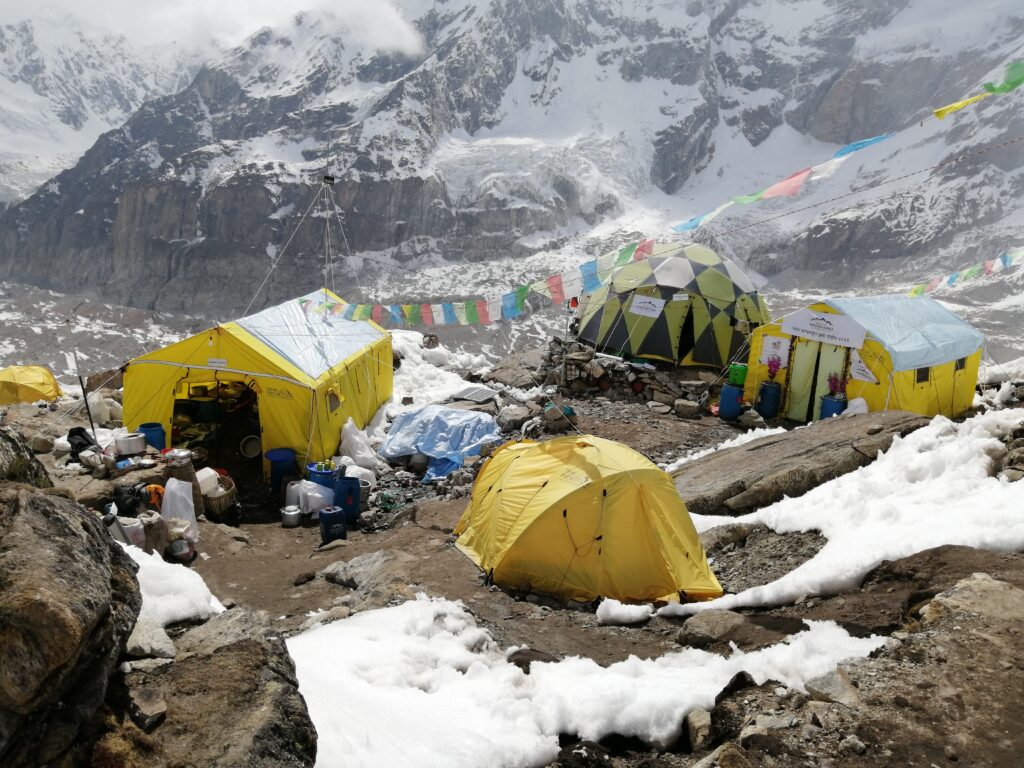 The cost of climbing Mount Kanchenjunga starts at USD20,500 for Complete Board Facility. All transportation, meals during the expedition and trek, services to Base Camp and High Camp, Excursion Supplies, and High Standard Tents at Base Camps are included in the price. You’ll pay for an all-inclusive tour based on the services you receive, the number of people in your group, food, and transportation arrangements. If you are traveling from Kathmandu, the cost of transportation is solely determined by whether you take a flight from Bhadrapur or prefer a road trip.

A guide and a porter typically charge around USD50 per day. All of the equipment required for technical climbing, such as group climbing gear, and fixed and dynamic rope, will be included in the all-inclusive price. Not only that but the fee for the rope-fixing team that will fix the route on Kangchenjunga is incorporated. Other items such as an oxygen mask and regulator, an oxygen bottle, a satellite phone, and base camp gear are all provided.

Only with sufficient permission can an excursion to the Kanchenjunga be undertaken. Hikers, unlike those on an all-inclusive tour, are required to pay a permit fee, which includes:

On the trail leading to Taplejung and other communities, most hikers will spend USD25 to USD30 per day on modest accommodation and food. All of the guesthouses serve rice, dal, curry, as well as alcohol, soft beverages, and snacks,   However, as the region becomes more isolated in the later stages, the teams set up a tent and a modest kitchen in the base camp to provide comfortable meals. Hiking in a remote region entails numerous risks that warrant the purchase of insurance. In times of emergency, there are rescue options available if your insurance coverage permits them.

How many feet is Kanchenjunga above sea level?

Kanchenjunga is the third highest mountain in the world, at 28,169 feet (8,586 meters) above sea level. Mount Kanchenjunga rises about 20 km south of the common plain of the Great Himalayan Range and is located on the border between Nepal and the Indian state of Sikkim. The name Kanchenjunga means “Five Treasures of the Snows” since it consists of five peaks. Treasures symbolize the five repositories of God, namely gold, silver, precious stones, grain, and holy books. Until 1852, Kanchenjunga was considered the highest peak in the world, but after calculations based on the data of the 1849 expedition, it was proved that the highest mountain was Everest. The mountain Kanchenjunga was first climbed on May 25, 1955, by Britishers George Band and Joe Brown. 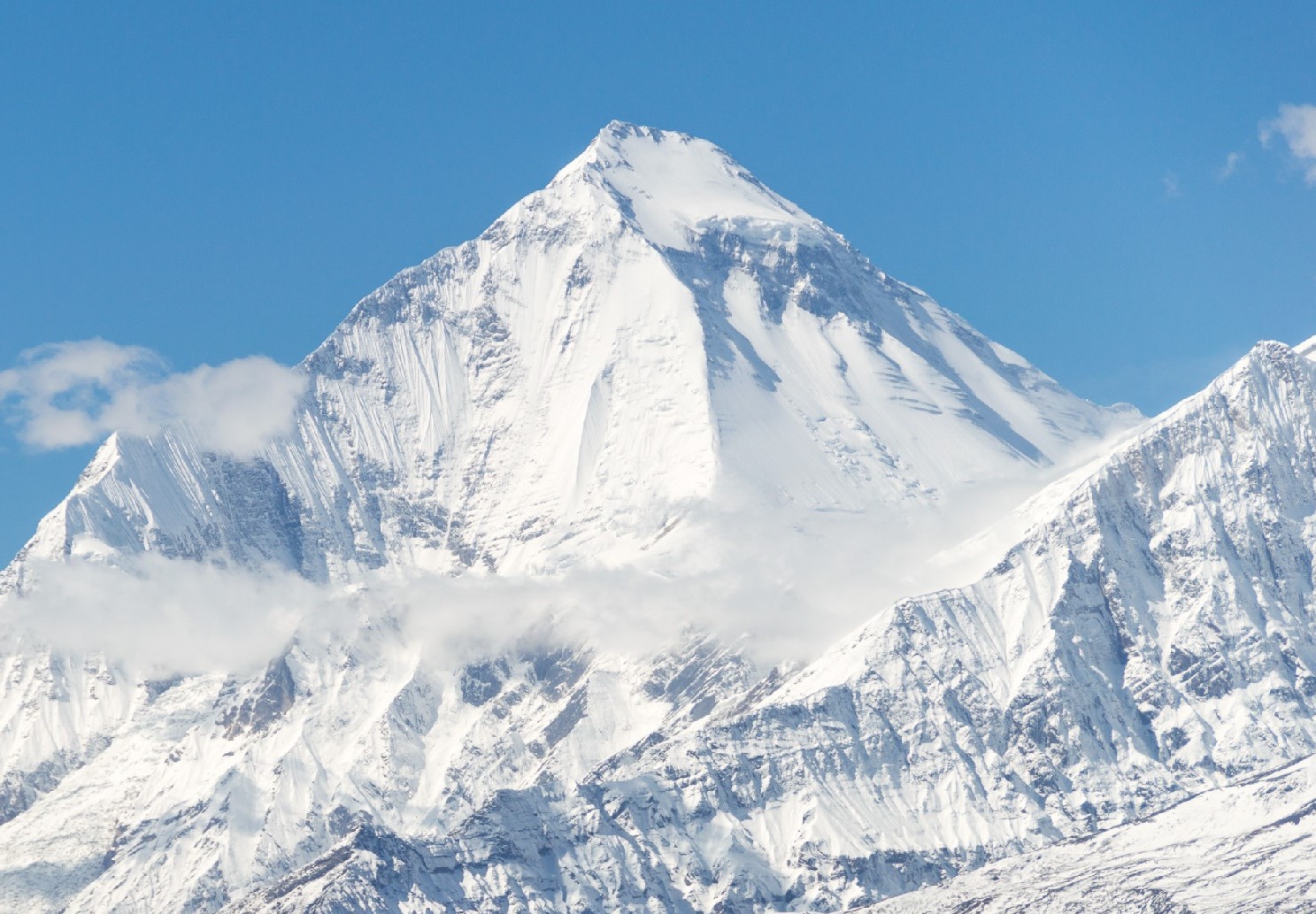 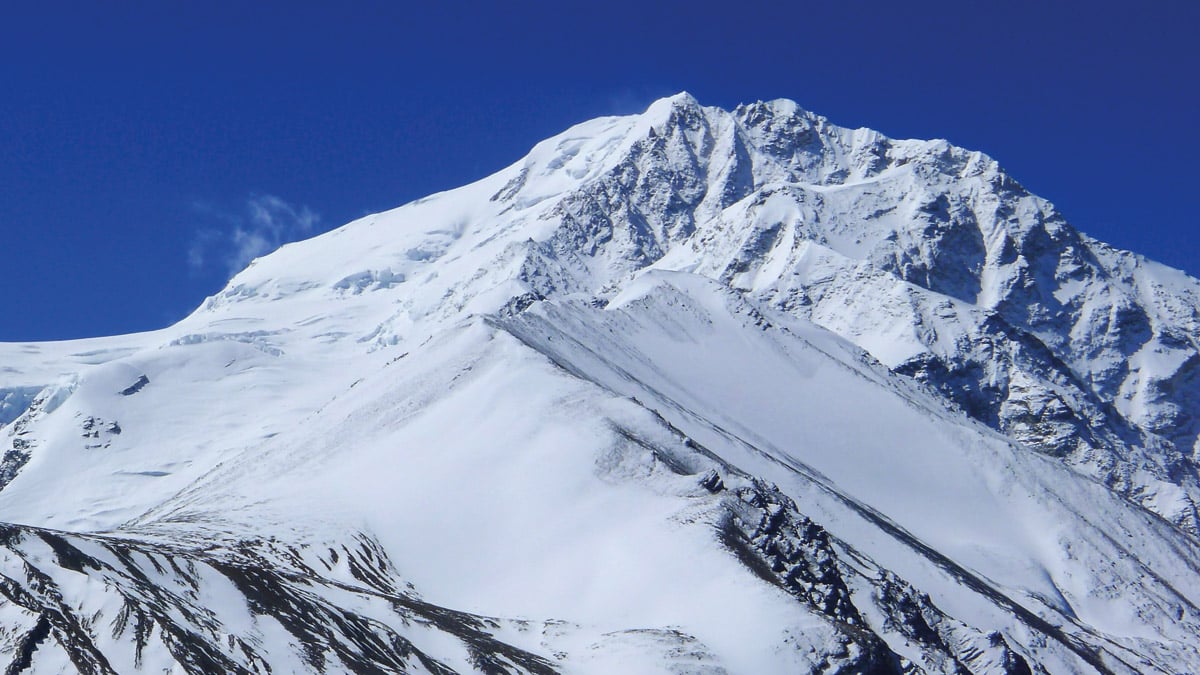 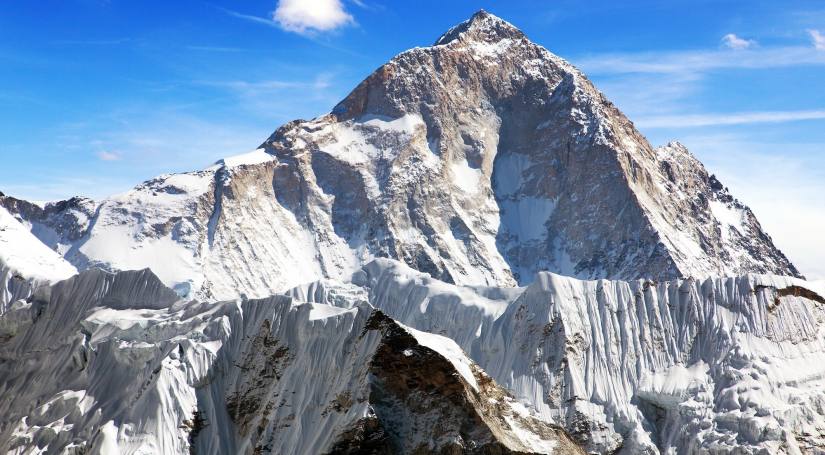